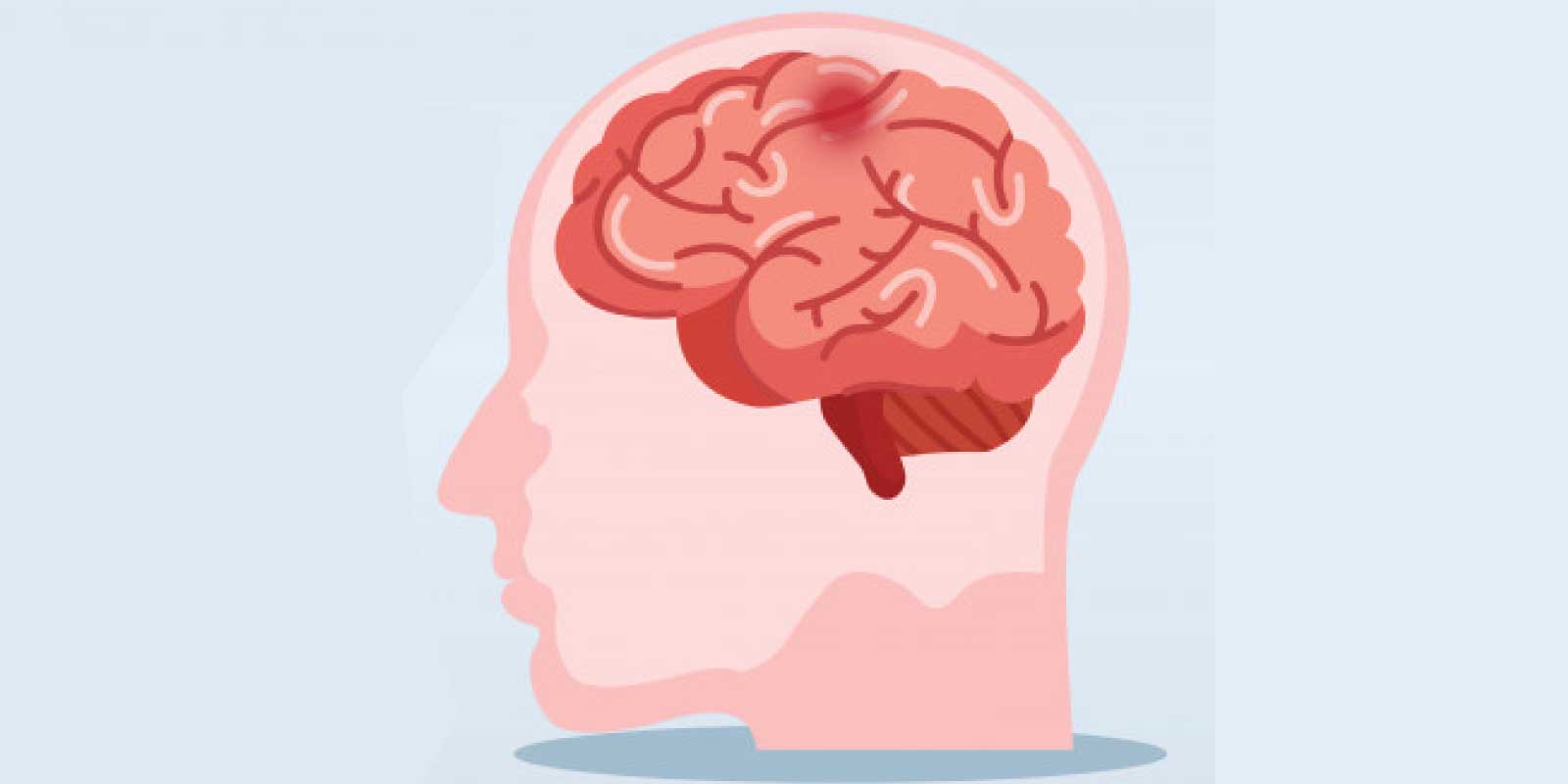 Managing stroke in subjects suffering from Atrial Fibrillation (AF) has been one of the greatest healthcare burdens across the world since decades. Several medications namely Vitamin K Antagonists (class of anticoagulants) and antiplatelet therapy are available but are at the cost of acquiring severe unpredictable adverse side effects. Oral direct Factor Xa inhibition is a new anticoagulation concept seems to be a better approach than the existing ones. Apixaban, a joint venture of BMS and Pfizer from this class has shown appreciative results.

Stroke, the leading cause of adult disability, is a medical emergency which can cause permanent neurological damage, complications and eventually leads to death. Medically known as the cerebrovascular accident (CVA), Stroke is the rapidly developing loss of brain function(s) due to disturbance in the blood supply to the brain. Prevalence of Stroke is commonly observed in subjects who suffer from Hypertension (high blood pressure), Transient Ischemic Attack (TIA), Diabetes and Atrial Fibrillation (AF). It has been demonstrated by the earlier studies that incidence of stroke in AF subjects is higher compared to other risk factors. Thus an increasing prevalence of stroke in AF subjects and huge amount of money flowing in to the prevention of this fatal disease has made a significant impact on global healthcare burden.
Atrial Fibrillation is a type of cardiac arrhythmia, an abnormal heart rhythm characterized with rapid, irregular contractions of heart. A statistical report published by the Centers for Disease Control and Prevention stated that more than 2 million people have already been victims of AF by 2010-11 and the count may exceed 10million by 2050.[1] There are several preventive medications to treat AF, but difficulties in their usage like limited therapeutic range and severe side effects have become major barriers for their wide range usability. Hence there is an evident need for an efficient and safe medication to combat this fatal disease.
The treatment methods being followed worldwide currently to prevent stroke in AF subjects are anticoagulant and anti-platelet medications, which thin the blood and make it less prone to clotting. Vitamin K Antagonists are the class of anticoagulants which decrease blood coagulation by inhibiting the Vitamin K epoxide reductase; a key factor in blood clotting phenomenon. Warfarin (known under the brand names Coumadin, Jantoven, Marevan, Lawarin, and Waran) is the commonly used Vitamin K Antagonist to treat AF. Despite the effectiveness, this treatment has several serious limitations due to variation in its effectiveness between two patients and within individual patient as well [2] and it also interacts with most commonly used medications and some foods, especially those containing Vitamin K. Besides, difficulty in maintaining the International Normalized Ratio (INR) in therapeutic range {which depicts the safe dosage of anticoagulants} has become major hurdle to its usability.
Aspirin, an analgesic, also acts as an anti-platelet medication by inhibiting the production of Thromboxane (lipid molecule which binds to platelet molecules and blocks blood flow). It is used at lower doses to prevent heart attacks, stroke and blood clot in patients at high risk of heart diseases. As the stroke prevention rate by Aspirin alone is lower, trials were conducted on a combination therapy of Aspirin and Clopidogrel (anti platelet agent), though the effectiveness observed in prevention was good an increased risk of major hemorrhage resulted in patients became a major hurdle in implementing its usage.[3]
These limitations have led the explosion of different class of anticoagulants and oral direct Factor Xa inhibitors are one of the promising findings. These directly act upon Factor X, one of the important enzymes in coagulation cascade. One of the Factor Xa inhibitors Apixaban, a joint venture of Bristol-Mayor Squibb and Pfizer has shown promising results in preventing thromboembolism and better effectiveness than the existing medications. However BMS and Pfizer had to halt one of the Phase III trials of Apixaban named APPRAISE-2 (Trial launched to evaluate Apixaban’s efficiency in preventing acute coronary syndrome) due to increase bleeding risk resulted in patients.[4]
Despite this drawback Apixaban drew the world’s attention by showing positive results in preventing stroke incidence with AF subjects in a Phase III AVERROES (Apixaban Versus Acetylsalicylic Acid [ASA] to Prevent Stroke in Atrial Fibrillation Patients Who Have Failed or Are Unsuitable for Vitamin K Antagonist Treatment) trial. The trail carried out under the lead of Dr. Stuart J. Connolly, McMaster University, Hamilton, Ontario was conducted at 522 centers in 36 countries enrolling 5600 patients.[5] An indirect comparison of results of other anticoagulant therapy with Apixaban showed that it has better effectiveness and safety than the existing therapies. Apixaban was also associated with fewer serious adverse events, lower rates of discontinuation of medication and the rate of hospitalization for cardiovascular causes was significantly reduced with its treatment.
Thus AVERROES trial has announced Apixaban as safe and efficient but the therapeutic dosage range and consistent positive results in comparison to the current standard therapies are yet to be tested. In this regard another trial of Apixaban named ARISTOTLE (Apixaban for Reduction in Stroke and Other Thromboembolic Events in Atrial Fibrillation randomized study) is ongoing under the lead of Dr. Jeffrey M. Mahoney, Alegent Health, Omaha, Nebraska. It mainly aims at determining the efficacy of Apixaban as standard therapy compared to warfarin in preventing stroke and systemic embolism in subjects with atrial fibrillation.[6]
The attention of cardiologists across the globe and subjects with AF struggling to manage stroke is toward ARISTOTLE trial result, which can reduce the healthcare burden being experienced across the globe if Apixaban meets all the required endpoints of the trial.
[1] Centers for Disease Control and Prevention; Atrial Fibrillation Fact Sheet; Feb 2010
[2] Chest; Vol. 133; June 2008
[3] New England Journal of Medicine; Vol.360; 05/14/2009
[4] Business Wire;11/18/2010
[5] New England Journal of Medicine; 02/10/2011
[6] Clinical trial Number:NCT00412984 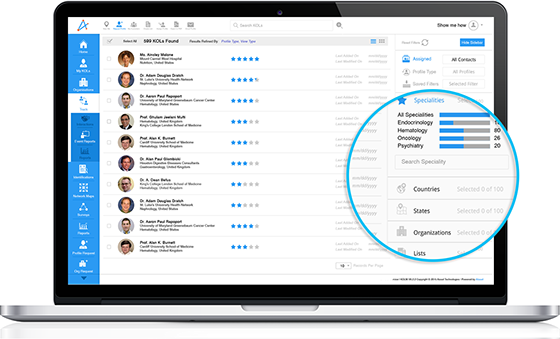